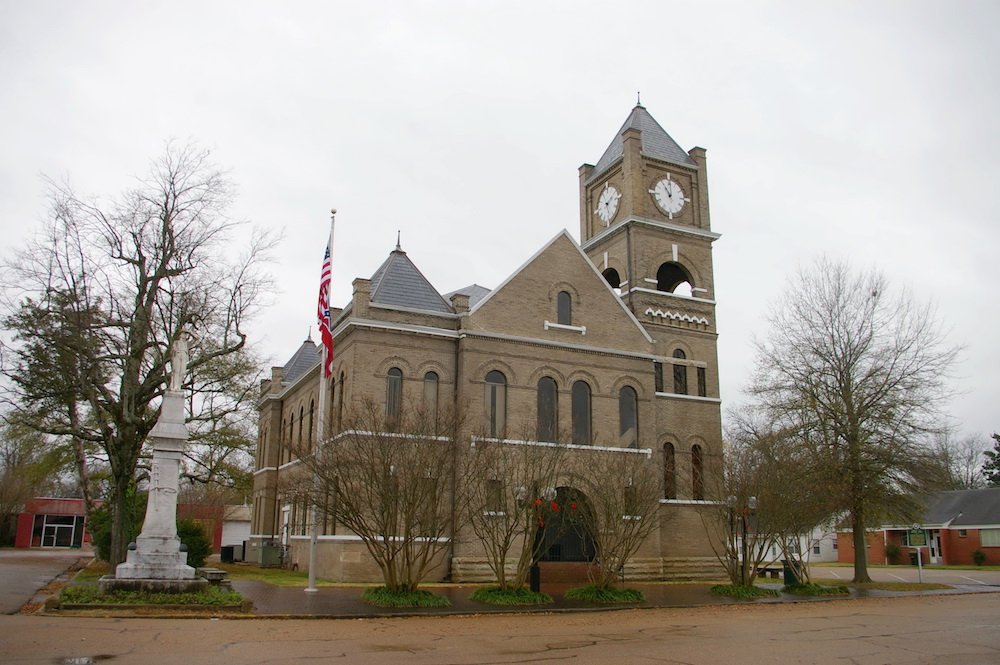 Established in 2006, SESAH’s annual Best of the South (BOTS): Preserving Southern Architecture Award honors a project that preserves or restores an historic building or complex of buildings in an outstanding manner and demonstrates excellence in research, technique, and documentation. This year, the committee received nine exemplary submissions from across the region. The 2015 winner of the Best of the South Award is the Tallahatchie County Courthouse Restoration, submitted by Belinda Stewart Architects.

Located in Sumner, Mississippi, the Tallahatchie County 2nd District Courthouse is the site of the 1955 Emmett Till murder trial. The restoration of the courthouse represents the best of preservation practices and sets a standard for the careful restoration and thoughtful interpretation of a nationally significant site.

The Richardsonian Romanesque courthouse, completed in 1910, tells the story of Emmett Till, a fourteen-year-old African American teenager from Chicago, kidnapped and murdered while visiting family in Mississippi. The subsequent trial and acquittal of two white men responsible for the crime became a defining moment in the nascent movement for civil rights.

In 2006, the Tallahatchie County Board of Supervisors established the Emmett Till Memorial Commission to guide the restoration of the courthouse and for the next several years, Belinda Stewart Architects, along with a diverse and impressive team of experts, stabilized and restored the building to its appearance during the trial. With the difficult task of preserving a historic site that would operate as a functioning court facility and a living artifact, the project team employed significant planning and consensus building, working closely with the Till family and the local community.

Relying on historic photographs, original drawings, and newsreel footage from the trial, the project team verified the building’s 1955 condition and led a meticulous restoration of the courthouse exterior and the courtroom spaces associated with the Till trial. The historic fabric of the building, including original courthouse windows found in a nearby shed, were carefully restored and in some cases, replicated based on surviving materials.

The acquisition and rehabilitation of the adjacent Wong Grocery building provided needed space for a new interpretative center that will house tours, lectures, and extensive digital displays. This exhibit annex, along with the restored courthouse, will serve as the centerpiece of the Emmett Till Historic Trail, currently in development.

On behalf of SESAH, the awards committee is honored to recognize this collaborative restoration effort steeped in the spirit of reconciliation and dedicated to the honest investigation of our shared history.