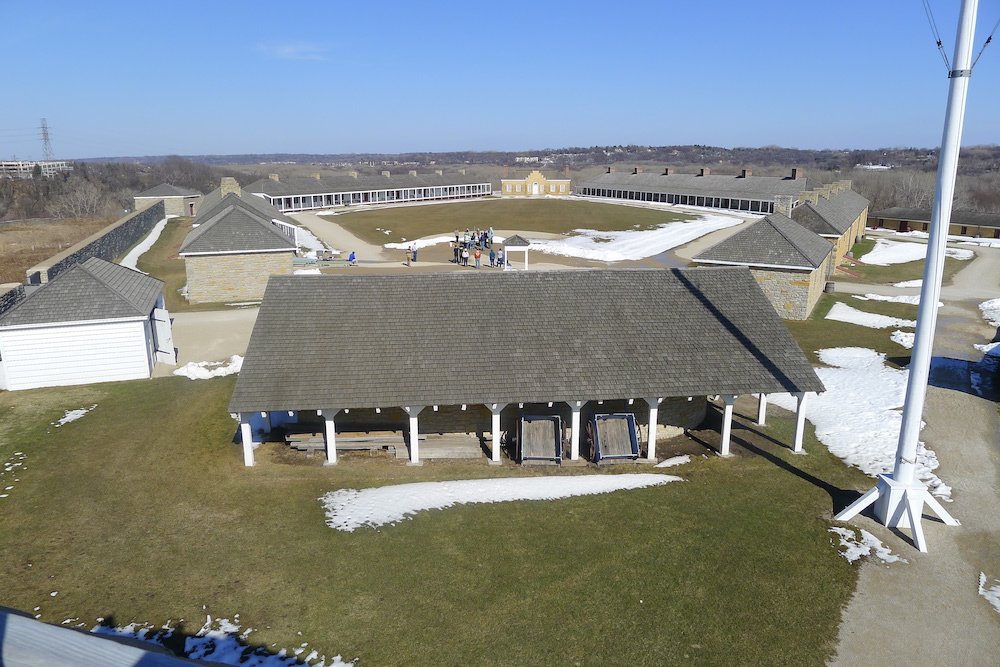 This year’s SAH in St. Paul, Minnesota, offered a wide-ranging, and almost overwhelming program.  The opening evening reception was followed by two paper session days organized into seven tracks, all but one consisting of seven simultaneous sessions, and most sessions comprised of five papers.  In all, there were forty-eight sessions with 220 papers and eleven graduate student lightning talks, possibly the largest program ever at SAH.  With a two hour break at 1 pm for roundtables, panels, tours, meetings, lunch with old and new friends, or a rest back at the hotel, there was no lack of opportunity for everyone to tailor the meeting to one’s own needs and desires.   With such an abundance of options, I felt even more so the usual frustration of choosing between talks scheduled at the same time—those that related to my own area of research, introduced me to new topics, or were presented by former students, colleagues, and friends.  It had been five years since I attended SAH, but the St. Paul conference confirmed for me (an early modernist) that SAH continues to be thevenue for architectural history in its broadest sense, where older and more obscure candles can keep burning, but also new ones take light.  Indeed, the program in St. Paul reflected the significant and ongoing changes within the discipline and SAH itself.

I have been attending SAH off and on since the 1985 in Pittsburgh when I gave my first paper as a PhD candidate.  I still have the conference brochure, recording a program of three mornings and two afternoons.  Each had three simultaneous sessions that included four to six papers, a total of fifteen sessions and seventy-eight papers.  Besides one general session, there were those on broader topics of architecture:  early modern European, vernacular, medieval, Islamic, American domestic, and decorative arts.  More focused sessions were on 18th  and 19th  century government buildings in Europe and America; American apartment houses, 1920-40; Ohio River Valley architecture; architectural images in America, 1919-31; and architectural polychromy, 1800-1985. Finally there was “Teaching History in the Design Studio,” “Women in Architecture,” and “The Future of the Industrial Past.”

If SAH is a reflection of the discipline at large, a quick comparison to the themes of the forty-eight sessions at St. Paul gives a sense of how far architectural history has changed in thirty-three years.  I noticed a couple of decades ago how modern topics were beginning to dominate:  now this is shifting over to post-World-War II, post-modern, and contemporary subjects.  But also, the scope of sessions is more geographically global. They are more inclusive in terms of defining what architecture is and identifying who creates it as well as giving space to new approaches:  formal, technological, political, social, economic, and theoretical/critical.  I know anecdotally that for some members SAH has gone too far in this regard; for others not far enough.

In 1985, there were three open meetings held outside of the sessions:  “SAH Tour Slide Exchange,” “Preservation Committee Meeting,” and “Women in Architecture.”  This year at St. Paul, the themes of the nine roundtables were striking.  They reflected our new digital and information age (“Digital Architectural Records and Our Future,” “SAH Architects Council: Making, Management and Preservation of Archives”).  But they also demonstrated the continuing and expanding concerns of its membership of preservationists (“SAH Heritage Conservation Current Committee Issues Panel”), scholars (“Essential Skills for the Architectural Historian”), and teachers (“Are We Teaching Global Yet?”, “Religion in Architectural History:  Challenges and Opportunities”).  The roundtables recognized that membership has become more diverse (“Minority Scholars Meet and Greet”) and more inclusive of students (“How to Survive (and Even Thrive!) during the Dissertation and Thesis Process”) and, as the humanities come under siege, that many face new employment challenges (“Labor Issues in the Academy”).

I attended the meeting for minority scholars, set up in response to a request from the SAH board. Moderated by Itohan Osayimwese (Brown) and including panelists Charles Davis (Buffalo), Lynne Horiuchi (independent scholar), Jesus Escobar (Northwestern), and Melina Gooray (student, UC Santa Barbara), a good number of people attended and shared a wide variety of experiences and ideas. Although the only outcome was an agreement that the discussion should continue at future SAH conferences, the meeting represented an important reflection of how SAH membership has changed, particularly over the last decade.  In 1985 I felt like I was one of two Asians among a small handful of minorities present; in the 1990s, Escobar saw “lots of bow ties,” and even in the mid-2000s at her first SAH, Osayimwese felt she had landed in “a different world.”  Given the changing demographics of SAH membership, it is even more important for the society to address both old and new issues of diversity, not only in terms of who works within the discipline, but also what subjects are pursued.Another signal of change at the society was the SAH Saint Paul Seminar and associated tour. The “SAH [host city] Seminar” was begun in 2014 in Austin to engage “with professionals and the general public in
host cities and addressing salient issues facing their communities…. discussions will go beyond preservation and will cover topics of concern in the host city.”1   At Saint Paul, the seminar, “Confluences:  Place, Change, and Meaning on the Mississippi,” addressed the fraught history of the riverfront of the Twin Cities from its Dakota origins to its appropriation by settlers, its establishment as a strategic military outpost, its development into theregional economic center based on flour, to its post- industrial decline and current redevelopment.  Speakers included representatives from the Dakota people, designers, developers, and scholars representing a diverse group of entities within the Twin Cities community, the National Park Service, the University of Minnesota, and St. Cloud State University.

The seminar provided an invaluable introduction for the related afternoon tour “Challenges at Contested Sites:  Mississippi River and Fort Snelling.”  Prof. Patrick Nunnally of the University of Minnesota’s River Life program guided us to the confluence of the two rivers:  the site of Bdote, for millennia the homeland of the Dakota people and now within today’s Fort Snelling State Park.  This was the site of the first encounter in 1805 between the Dakota and the United States military, which led to the establishment of Fort Snelling in 1820 on the high bluff overlooking the river.  Built to regulate the fur trade and control white settlement further west, it was also the engine for the oppression of the Dakota people by means of various strategies, including “treaties” that took their land, a program of assimilation, and the concentration camp established on this sacred site after the U.S.-Dakota War of 1862.  Lack of time did not allow more attention to be given to Fort Snelling as the pre-Civil War residence of slaves serving military personnel, including Dred and Harriet Scott, African Americans who later unsuccessfully sued for their freedom.

“The fraught history of Bdote and Fort Snelling as well as the Mississippi riverfront still resounds today.  During the morning session, we learned about the Dakota spiritual relationship to the land from a member of this community, Iyekiyapiwin Darlene St. Clair, associate professor at St. Cloud University. Ensuing talks presented exploratory proposals for the redevelopment of the old industrial riverfront. They included renderings envisioning it as a new seventeen-mile, high-design recreational park enjoyed by what appeared to be well-off, white urbanites.  One could not help but feel a strange disconnection from what had been said earlier about the Dakota’s deep roots in this place as well as their values and continuing presence.  In response to Kevin Harrington’s (IIT) pointed question in this regard, Prof. St. Clair expressed her support for these proposed projects, but also her belief that more should be done to engage the Dakota in the process.”

The society’s initiatives that involve reaching out to local communities, the general public, and the architectural profession (including the ongoing SAH Architects Council) are critical at a time when architectural history, like the humanities, is being side-lined within institutions, its value dismissed and relevance questioned.  SAH is one of the few professional organizations that promotes traditional, “elitist” scholarship in our field.  But it also seems to recognize that it must also step outside of it and advocate for architectural history as an important tool for understanding the pressing problems of society today.  Next year’s SAH in Providence, if its sessions are any indication, seem poised to continue this trajectory (see http://www.sah.org/2019).  Perhaps regional chapters, such as SESAH, can reinforce SAH’s new initiatives by adopting those that particularly resonate within the geographical areas they represent.