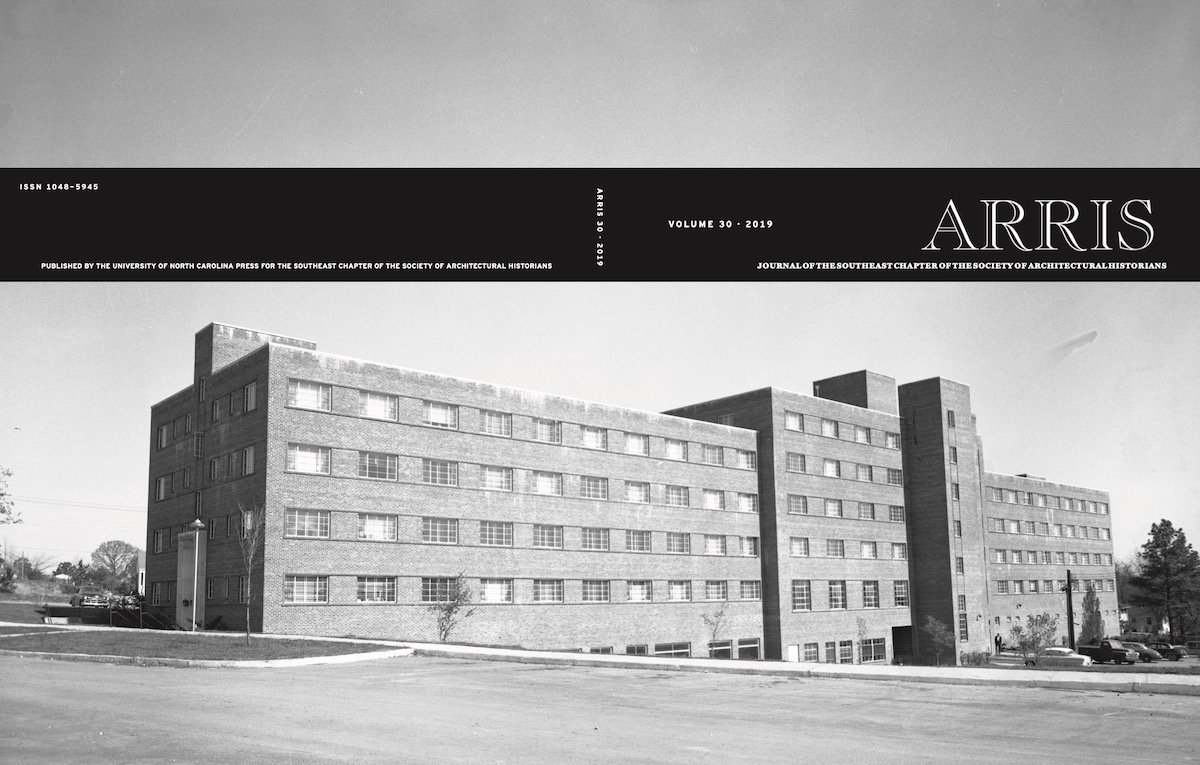 SESAH is pleased to announce the release of volume 30 (2019) of Arris, its peer-reviewed print journal. Arris publishes original scholarship on all aspects of the history of architecture and landscape, with particular interest in new perspectives on the American South.

Arris 30 opens with an “In Memoriam” of architectural historian Michael Fazio (1943-2020), followed by his essay, “My Strange Encounter with Basic Design,” looking back on his modernist architectural education at Auburn. Fazio was professor at Mississippi State University and long-time member of SESAH and SAH. Next are three articles:

In “Waluhaje:  A Haven unto Its Own,” Martha Teall examines the Atlanta apartment hotel built in 1952 by African-American contractor Walter Aiken (1893-1965). Accommodating black travelers and locals as well as a providing community gathering space, the building became the locus of civil rights activism, including Aiken’s, at a time when Jim Crow laws began to be challenged.

In “The Forgotten Modernism of James Williams Oglesby III,” Mason Toms reconstructs the career of this overlooked Arkansan architect (1922-2009) and demonstrates the basis of his houses in Wright’s concept of organic architecture.

and Native American Log Cabins in the Southeast, edited by Gregory A. Waselkov (University of Tennessee Press, 2019), reviewed by Tara Mielnik.

The editors welcome submissions on a rolling basis for future issues of Arris in the form of research articles, field notes, and book reviews. Print subscriptions of Arris are a benefit of SESAH individual and institutional memberships. Further information is available on the SESAH website.