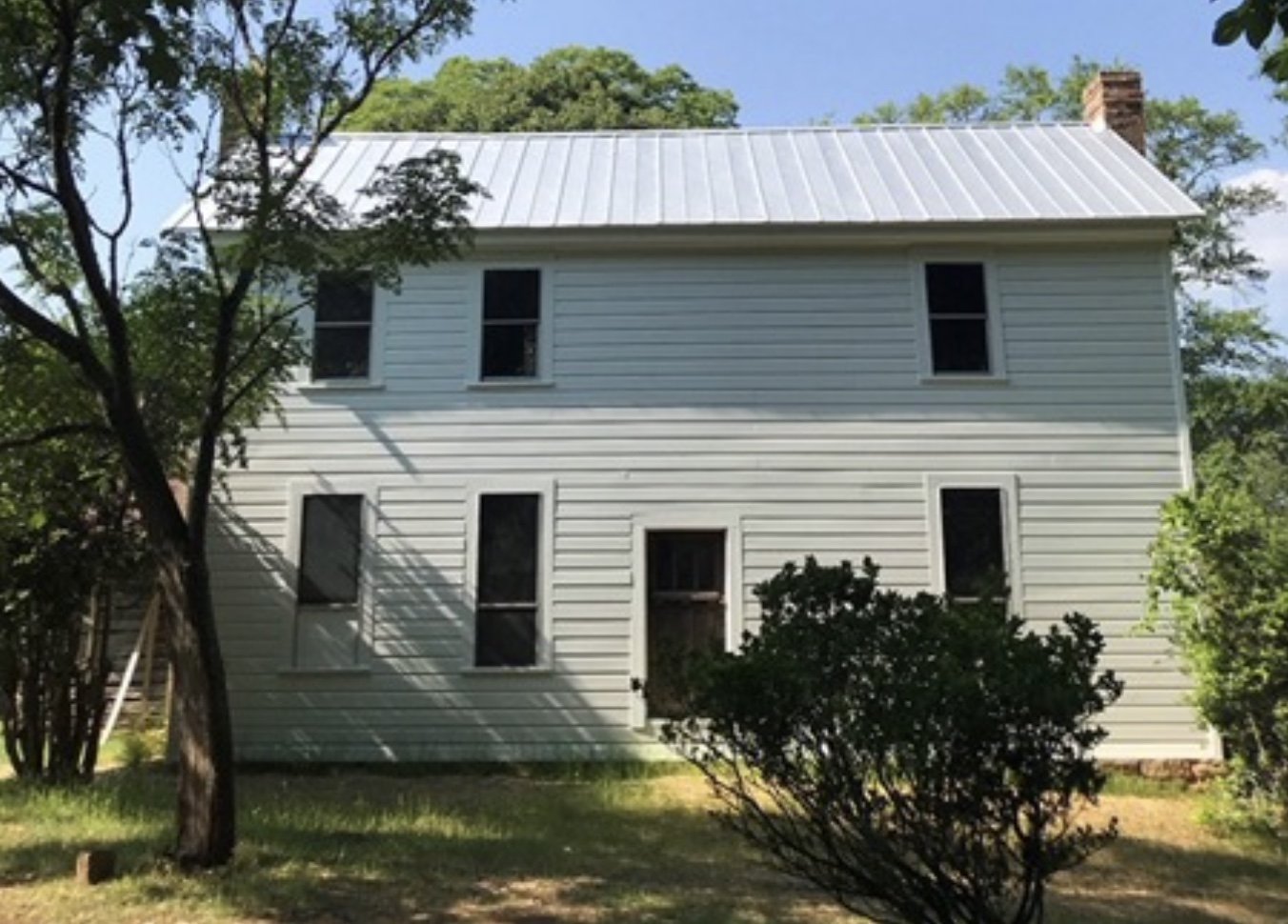 The front of the Lyon Farmhouse following successful stabilization. Educational signage was added in the summer of 2019. Phase II of historic preservation at the Lyon Farm, beginning in late 2020, will work to ensure the stability of the smokehouse and other farm structures.

The recipient of the 2020 Best of the South Award (BOTS), announced at SESAH’s Virtual Conference on 2 October 2020, is the Lyon Farmhouse in Stonecrest, Georgia.

One of the oldest farms in DeKalb County, the farmhouse was constructed in phases initially beginning in the 1820s as a saddlebag log house, eventually taking its current form in 1892-1893.  While acquired by DeKalb County in 2003, the house suffered from continued vandalism and deterioration as a result of deferred maintenance, leading to the property’s inclusion on the 2017 Georgia Trust for Historic Preservation Places in Peril list. This listing served as the catalyst needed to take steps that stabilized the Farmhouse.

As work on the farmhouse progressed, interpretive signage as a part of the Flat Rock Gateway of the Arabia Mountain National Heritage Area were installed. The Lyon Farm stands as a reminder of where Flat Rock, one of the oldest African American communities in Georgia, began – in bondage at this small Georgia Piedmont farm.

In its nomination, the Arabia Mountain Heritage Area Alliance stated: “work to the farmhouse is only the first step in preserving the historic Lyon Farm. The long-range vision for the site is fully a preserved and protected landscape that is a place for people to come together to learn about the past.”

The project is an outstanding example of organizations and individuals coming together in a preservation project that will have a lasting impact on the history of DeKalb County.

STONECREST, Ga – On Thursday, Oct. 1, DeKalb County’s oldest homestead received a ‘Best of the South’ award from the Southeast Chapter of the Society of Architectural Historians (SESAH). Given in recognition of historic preservation efforts on the historic Lyon Farmhouse, as well as the added interpretive signage that educates visitors about the property’s significance, the award honors the ongoing efforts to preserve and tell the story of the landscape of the Arabia Mountain National Heritage Area. “The project is an outstanding example of organizations and individuals coming together in a preservation project that will have a lasting impact on the history of DeKalb County,” SESAH said in a statement. Historic preservation efforts at the Lyon Homestead are an ongoing collaboration between the Arabia Mountain Heritage Area Alliance, DeKalb County government and the Flat Rock Archives, as well as other community and government partners.

The Lyon Family established their homestead in the shadow of Panola Mountain in the 1820s. For nearly 150 years, the family carved out a rural life where they cultivated crops and raised livestock. A log cabin was likely the first structure built on the property in the 1820s. The footprint was expanded multiple times over the years, creating the house that still stands today. Members of the historic Flat Rock community, one of Georgia’s oldest Black communities, were enslaved at this site prior to the Civil War, relocating nearby following emancipation. Today, the Flat Rock Archives leads tours of the community’s history that begin at the Lyon Farm. Prior to the COVID-19 outbreak, visitors had come from “all over the world” to see the Lyon Farm and learn about the history of the Flat Rock community, said Flat Rock Archives President and Co-Founder Johnny Waits.

The SESAH honor comes as partners are initiating Phase II of historic preservation at the Lyon Farm. With the historic farmhouse stabilized and educational signage added throughout the property, the Arabia Alliance, DeKalb County and other partners are ready to focus on preserving the farm’s outbuildings. That includes the much-needed stabilization of the smokehouse (currently held together by an external wooden frame) as well as historic preservation work on a shed and other farm structures. DeKalb County has allocated $260,000 for the project, which will be managed as a collaboration between the DeKalb County DWM and the Arabia Alliance.