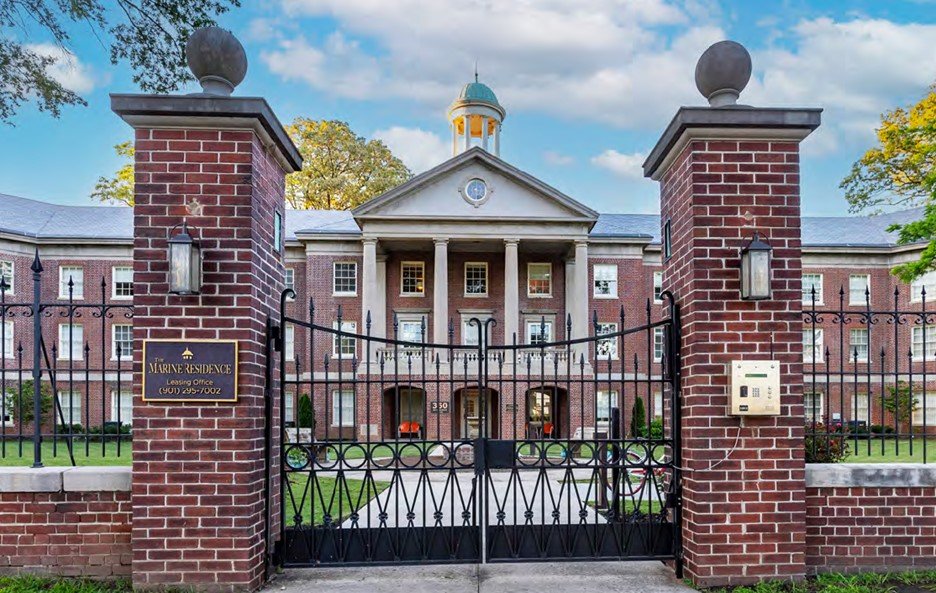 The recipient of the 2022 Best of the South Award (BOTS) was announced at SESAH’s 2022 annual meeting in Memphis, Tennessee: The Marine Residences in Memphis, Tennessee. The Marine Residences property was first developed in the 1880s as a federal military site on a bluff overlooking the Mississippi River. It opened in 1884 to treat Civil War veterans and also conducted laboratory research on cures for Yellow Fever. Several new Works Progress Administration (WPA) buildings were added to the site during the 1930s and the property served its original purpose until closing in 1960. Two buildings on the site were added to the National Register of Historic Places in 1979; the WPA buildings were added in 2019.

In the following decades, many local, state, and federal agencies used the space including the Army Corps of Engineers and the U.S. Army. The eastern portion of the property, now known as The Marine Residences, was sold into private hands in 2003. After multiple attempts to rehabilitate the property, redevelopment began in earnest in 2019 and was substantially complete by December 2020.

The rehabilitation and restoration of this unique structure illustrates the development team’s ability to bring an important historic structure back to life through creative problem solving while still maintaining feature defining historic characteristics.